In April 2022, the Chairman of Alpiq’s Board of Directors spoke about important energy topics in the ‘NZZ am Sonntag’ newspaper. In the interview, Johannes Teyssen touched on topics such as energy companies’ lack of investment in power plants in recent decades. He criticised the fact that our society is living off the fruits of the labour of our mothers and fathers. 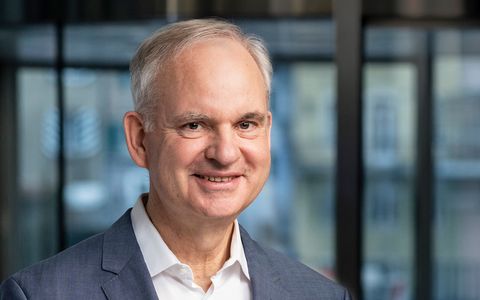 Johannes Teyssen, Chairman of the Board of Directors of Alpiq Holding Ltd.

Speaking to the NZZ am Sonntag, Johannes Teyssen pleaded for swift action in expanding hydropower in Switzerland. In the interview, the Chairman of Alpiq’s Board of Directors said the 15 projects identified by Federal Councillor Simonetta Sommaruga were of vital importance. ‘We have to be quick in moving obstacles out of the way so that we can see the first results in three or four years.’ Teyssen recognised that Swiss politics is based on concordance and balance, which is why he emphasised the need for swift action: ‘But I’m afraid time is running out when it comes to resolving the energy issue.’

According to Teyssen, each type of technology must deliver whatever and as much as it can. He said the use of photovoltaics could be expanded in Switzerland, for example, ‘and not only on roofs, but also in open spaces’. Referring to the suitability of the country’s geography, he added: ‘I would expect us all to waste no time in putting our maximum effort into getting such projects off the ground.’ He doubted the opinion expressed by many people to the effect that the role of wind energy would remain limited. Pointing to Spain, he said: ‘Look at the wind energy in the mountains of Spain. It’s a topic that is certainly worth discussing further.’

Johannes Teyssen, Chairman of the Board of Directors

‘We should save our energy for other discussions rather than debating nuclear power plants.’

According to Johannes Teyssen, Europe slipped into an energy crisis even before the war in Ukraine. ‘One reason was that France was no longer able to supply itself due to the downtime of nuclear power plants’, he said, believing that this electric power crisis following Russia’s invasion of Ukraine would lead to an energy crisis in which people would start discussing oil, coal and natural gas. ‘Whatever we do, we must not think we did everything right in the past and that the problem did not emerge until the invasion.’ Teyssen pointed to the lack of investment in power plants in recent decades. For example, energy companies built their last major infrastructure between the middle of the 50s and the middle of the 80s. In Teyssen’s words: ‘Since that time, we have been living off the fruits of the labour of our mothers and fathers. We want to enjoy the harvest but sowing and ploughing is too much effort for us.’

According to Johannes Teyssen, Alpiq is prepared to invest in new power plants: ‘If the conditions are right, we can come up with the necessary investment.’ In the future, he even sees investors lining up for clean, flexible power plants in the under-supplied European market. Teyssen is concerned about the lack of an electricity accord between Switzerland and the EU: ‘Such an agreement is absolutely vital’, he demanded, stating that Switzerland is not an island when it comes to energy. ‘Its only gas storage facility is in France. Winter energy comes from Germany, Italy and France, and in the summer the country optimises its hydropower on European markets because Switzerland is too small.’

Johannes Teyssen (62) has been Chairman of Alpiq’s Board of Directors since the beginning of 2022. Before that, he was CEO of E.ON, a German energy group. Teyssen is also a member of the Board of Directors of BP plc, the British oil and gas company based in London.